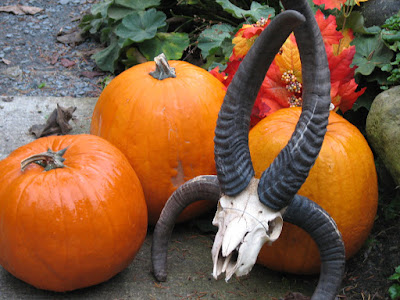 Unfortunately for Thistle he is now simply an amazing skull I have saved to take with me when I put on demonstrations and presentations about Jacob Sheep. I had high hopes for Thistle as a future breeding ram and I kept him and his half-brother Goth together so they could keep each other company as they grew . I was going to see which ram I preferred and sell the other. I was leaning towards keeping Thistle and selling Goth. That decision was taken away from me when Goth killed Thistle during play.

Rams do pretty much everything with ramming involved. To nurse from their mamas they ram her udder to bring down milk for them to suckle. To play they ram each other , the trees, the fences , everything. So one very hot week in the summer when both rams were about 16 months old Thistle got his horns caught in a feeder and Goth rammed Thistle as he was trapped exposing him broadside ~ a perfect target for his brother. Goth punctured Thistle's lung and Thistle died. 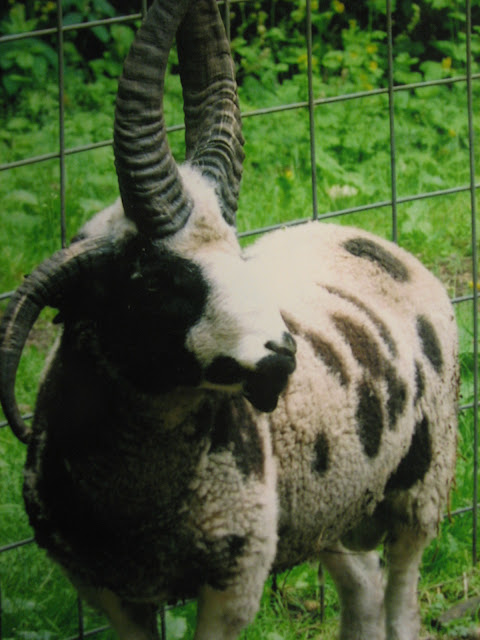 Thistle shortly before his demise at the horns of Goth. 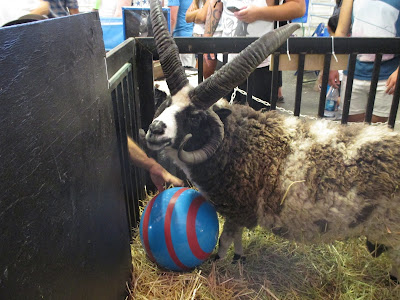 A wonderful intro to different types of wool , including my favorite breed, Jacob Sheep. For any fiber enthusiasts this is a great video. 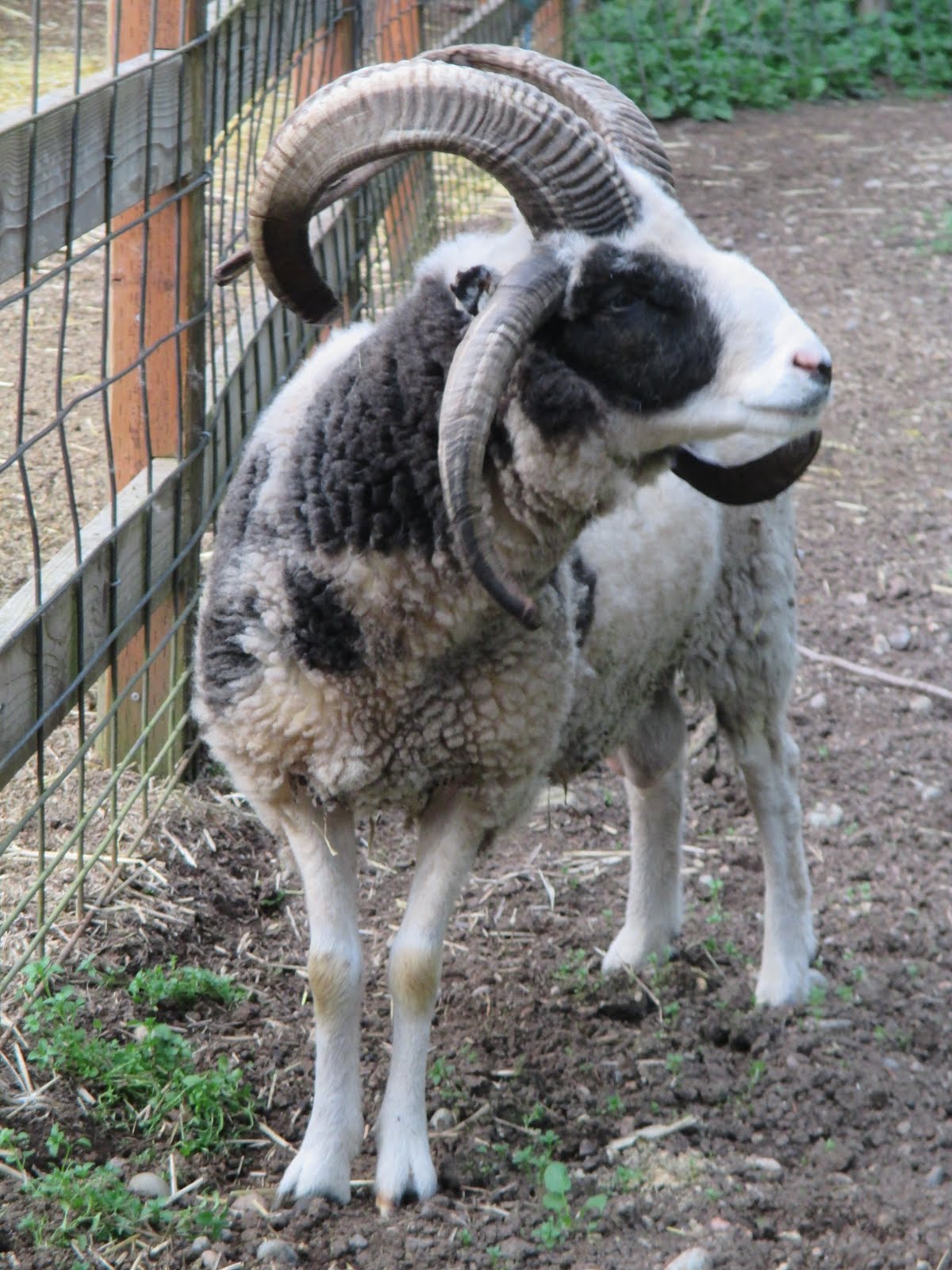 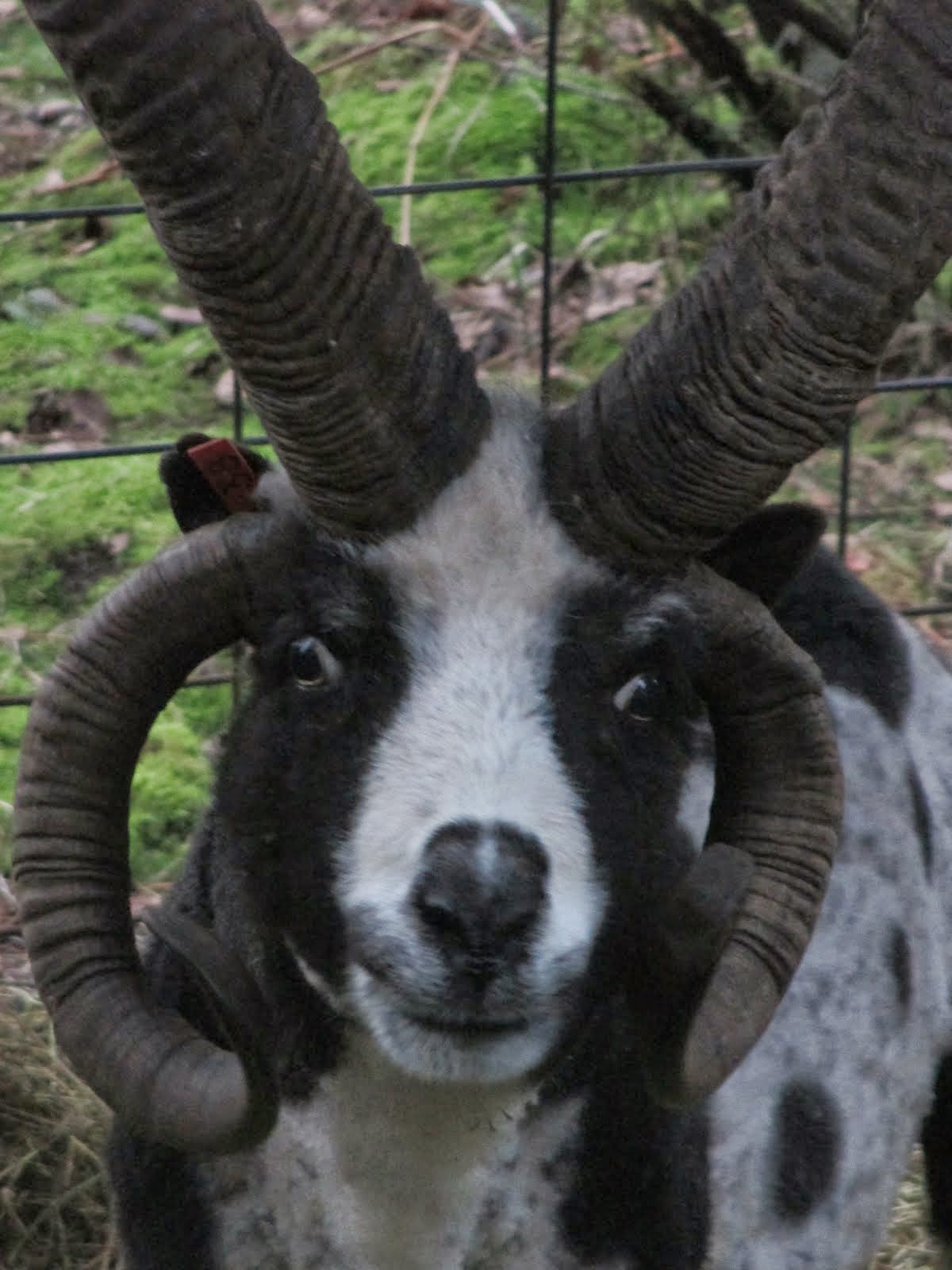 One of my Jacob Sheep rams with 4 horns.. 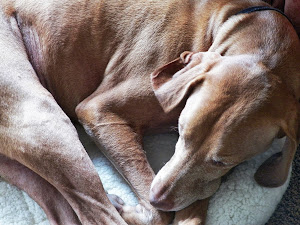 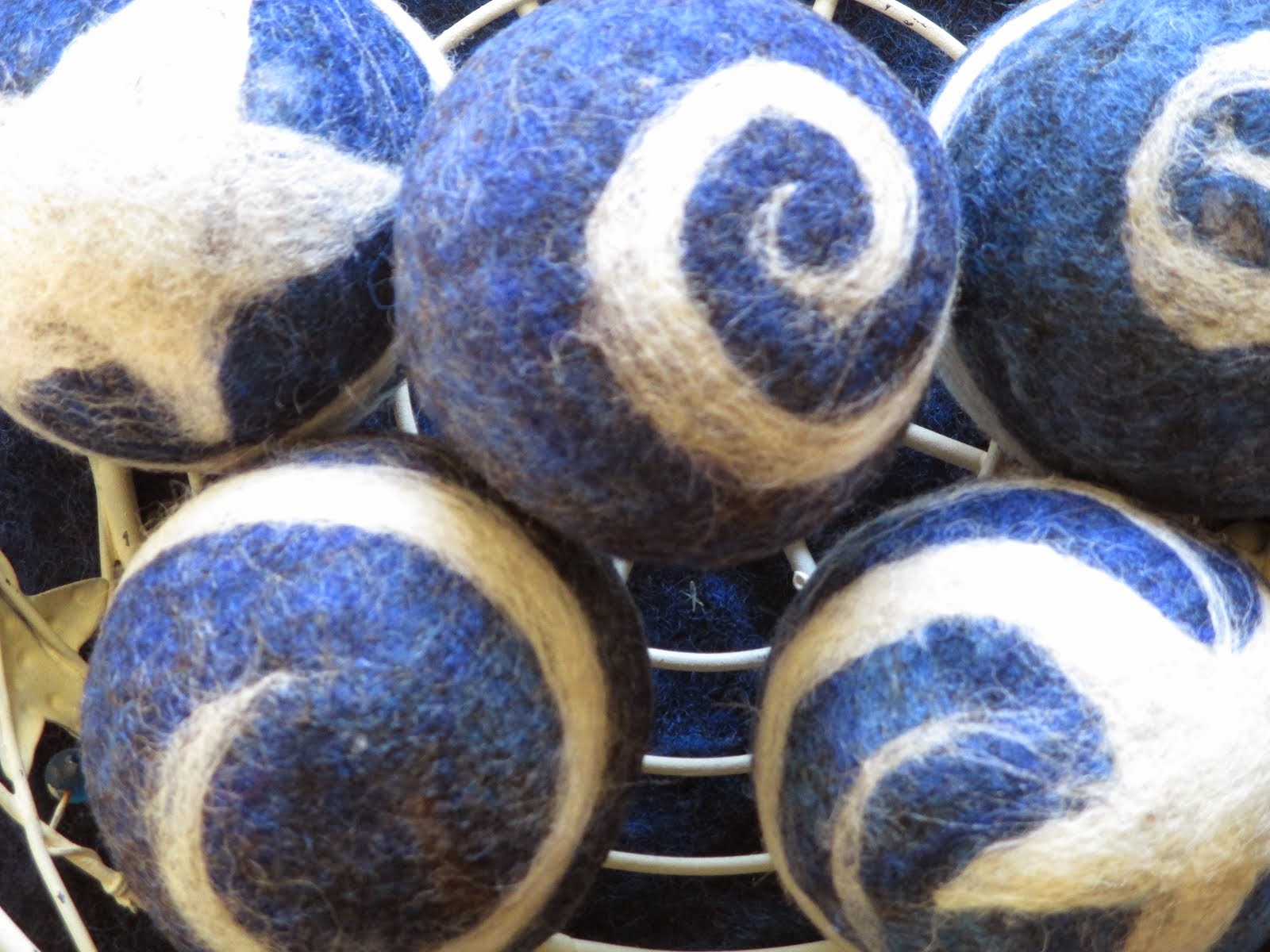 Click on the picture to view my Etsy shop. I sell items made from the wool fleece of my flock of Jacob Sheep. 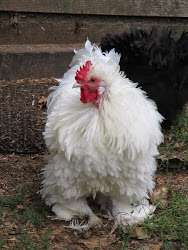 Click here to see what's going on in the chicken pens! 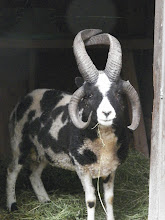 Ckick onto his picture to view the Jacob Sheep Breeders Of America web-site. 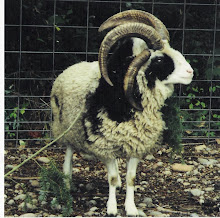 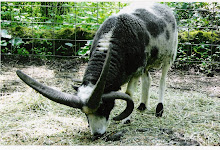 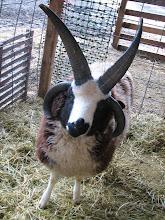 
Barbarian as a wee little lamb. 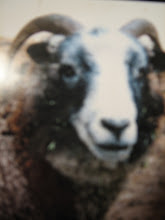 Joy was my first Jacob sheep. She was the mother of Cedar Pond's Abel. pictured in the sidebar above. Joy lived to be 17 years old and died peacefully grazing in the garden. 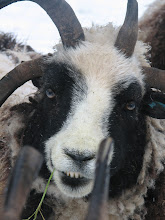 The Shepherd cares for His sheep. 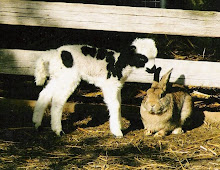 Every bunny needs some bunny.

Welcome to our site about our life with red dogs and spotted sheep! We share our home and property with various poultry, cats, dogs, goats, and sheep.
The dogs who live here are pets, and some hunt. Hawk , the Vizsla is the hunter...and he and the man of the house are best buddies. Hawk is up for just about anything, and he gets excited about being out in the field.
We have 5 Labradors, 2 are old, and 3 of them range from 3 years to 8 years of age. The Labs are Misty, Mabel, Sienna, Willow and Beatrix. They all love to play with us, each other, swim in our pond and generally hang out, hoping for treats and cuddles!


We also keep a flock of Jacob Sheep.We have kept Jacob Sheep for about 20 years now and plan on keeping sheep for many years to come ! The wool of the sheep is used here on Cedar Pond for spinning and lockerhooking .But we keep the sheep because we love the breed.
The purpose of this blog is to keep a picture journal of our life as it concerns the dogs and the sheep!

Books To Baa About! 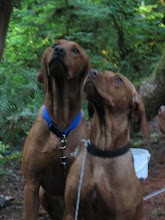 These beautiful red dogs are 2 year old siblings of the red puppies. 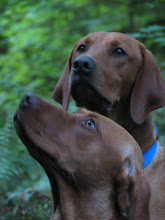